F-16C Fighting Falcon 91-0345/SW assigned to the 77th Expeditionary Fighter Squadron at Bagram Airfield, Afghanistan waits to be refuelled by a KC-135 Stratotanker from the 340th Expeditionary Air Refueling Squadron Det 1 over the skies of Afghanistan.

B-52H Stratofortress aircraft enroute to a training range on Corsica. Four of America’s oldest strategic bomber were deployed to the UK in January 2018 to exercise a state of readiness at Fairford, which is designated by United States Air Forces in Europe as its forward operating location for strategic bombers.

Rafale C 128 receives a special tail for the SPA 162 centenary. The right side carried SPA 162's original insignia with the legend '1918 Once a tiger'.

The other side of the tail shows the current insignia plus the legend '2018 Always a tiger'.

The JL-9G was developed for training Navy pilots to launch and recover on a simulated land-based carrier deck, but due to structural issues, the JL-9G is unsuitable for arrested landings.

The 1st Training Regiment based at Jiyuan, the former Naval Aviation Training Base, was the first unit to operate the JL-9H in 2011 as an advanced jet trainer. 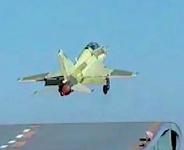 Since the JL-9G can only simulate launching from the carrier's ski-jump and cannot practice arrested landings, the type is expected to be replaced by a new carrier-capable trainer in the future.

The newly created Naval Aviation University reportedly accepted the first JL-10H in the last quarter of 2017. Three have been seen during early 2018.

The Forpost is a high-value reconnaissance asset used by the Russian military.

The Kh-58UShKE and the Kh-31AD will take a prominent place in the Su-57's arsenal. The Kh-31D is an anti-ship missile capable of flying at Mach 3.

Flown by the 1st Training Regiment based at Huludao, the CJ-6 is used for basic flight training.

Two-seat J-15s have been in Chinese Naval Aviation service since 2012. The type is thought to be fielded as a dedicated electronic warfare aircraft, similar to the American EA-18G Growler.

If Chinese Naval Aviation student pilots seek to aim high, flying the J-15 multirole fighter off a carrier might well suffice. A J-15 approached the flight deck of the Liaoning (16).

The J-15 is based on Russian Naval Aviation's Su-33 using the same structural configuration and flight control system, but most of its systems are domestically produced. The radar and weapon systems were originally developed for the J-11B. Two, of the 24 aircraft built, were lost.

The Orlan 10 is a UAV system with a 14kg maximum take-off weight, an operational radius up to 120km, an endurance up to 10 hours, and is used for a wide variety of ISR applications.

The AWHero is a new tactical rotary wing UAV.