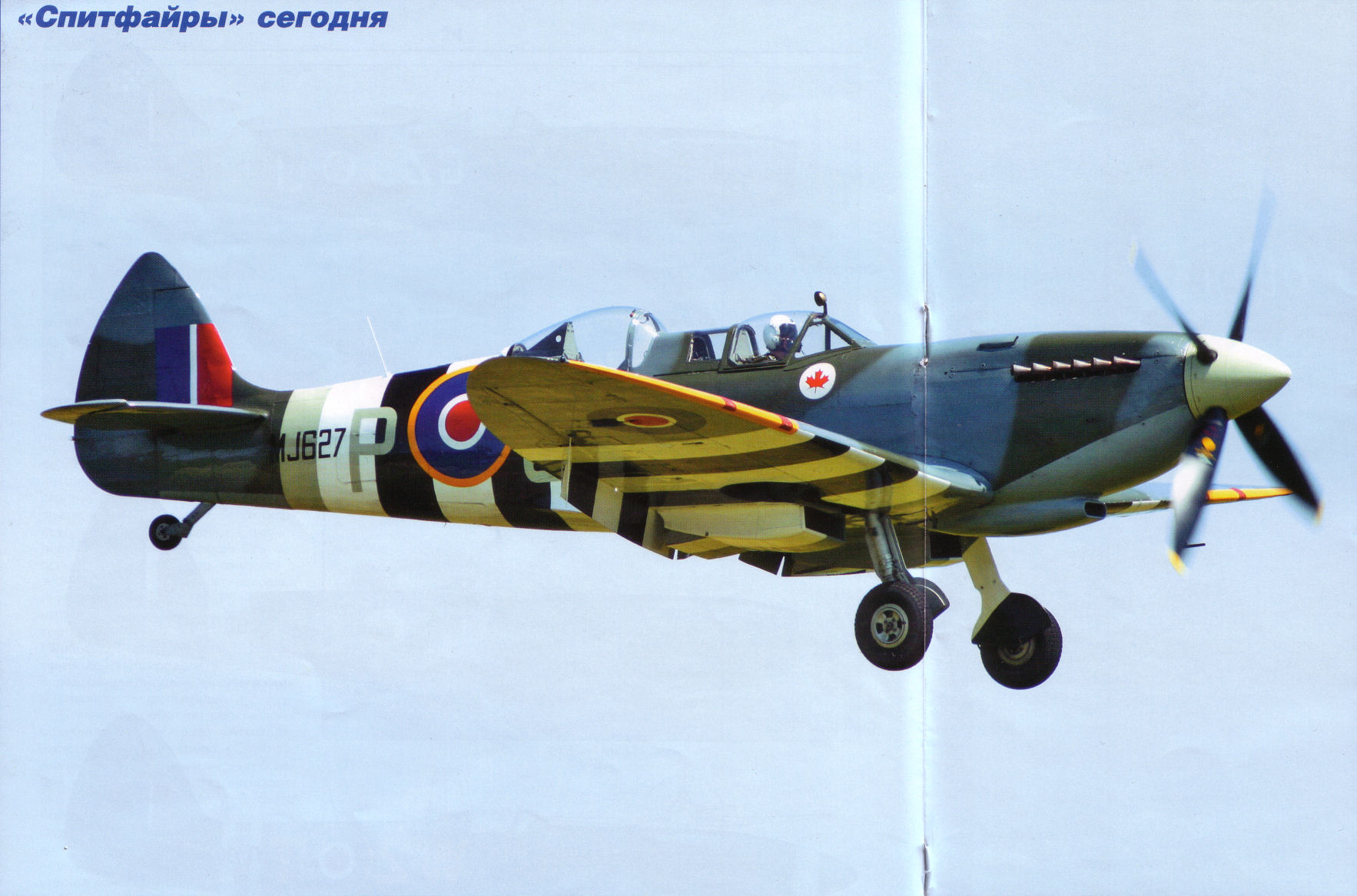 A two-seat conversion of the Spitfire IX made in the Soviet Union by the No 1 Aircraft Depot. Leningrad, in 1945.

With ex-Sqn Ldr John Houlton in the rear seat, Carolyn Grace takes ex-D-Day Spitfire IX ML407 into the air at Duxford on April 29, 1994. 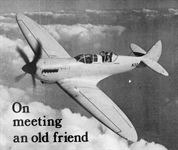 Classic Charles E. Brown photograph of the all-yellow prototype Spitfire Trainer. A conversion from a standard Mk VIII (MT818) in 1946, this aircraft was flown as G-AIDN for nearly 40 years. In 1986 it was sold in the USA. 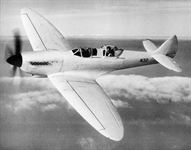 The first two-seat Spitfire, N.32, shortly after conversion in 1946.

At the 1946 SBAC Show, Farnborough 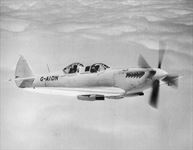 In the navy blue paint scheme of the early 1970s 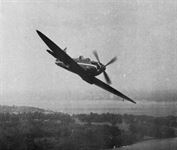 Taken over Staverton in 1969

At Lympne in August 1947 ’DN competed in the High Speed Handicap race with a Fury, Vampire, Firebrand and a couple of Fireflies.

At the 1948 SBAC Show, Farnborough

Beautifully restored by Don Plumb of Windsor, Ontario, this Spitfire Trainer now carries its original RAF serial number TE308 and typical RAF colours, although it never served in the RAF as two-seater. After conversion to a trainer by Supermarine, it went to the Irish Air Force as 162, subsequently appearing on the British register as G-AWGB for the film "Battle of Britain".

Another Spitfire Tr.9, this time one of three attend­ing Oshkosh in August 1987. The owner of TE308 is Bill Greenwood, of Aspen, Colorado. 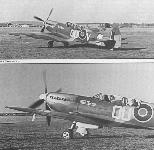 Nick Grace and the author taxy out to take off from White Waltham. Leslie & Godwin, the aviation insurance company, has sponsored the Spitfire for the 1987 airshow season.

Nick Grace and the author wing their way over the Berkshire countryside under a weak winter sun. Inset, the author proves that six foot three into four feet six will not go - not at first, anyway.

Are you all right? Nick Grace, owner and restorer of Spitfire Tr 9 ML407/G-LFIX, reassures the author, wedged into the rear seat of the Spitfire.

Two-seat Spitfire PV202/G-TRIX owned by Richard Par­ker, carries No. 412 Squad­ron colours and markings and is based at Dunsford

Charles Church’s two-seat Supermarine Spitfire Tr.9 at his Hampshire base on August 1, 1987. Its first post-restoration flight took place on July 25.

Спарка "Спитфайра" на испытаниях в НИИ ВВС
The rounded rudder and the early style of the mainwheel legs/covers suggest that this must have been an early LF.IX two-seater conversion. The unmistakable hexagonal pattern of the apron situates this shot at the NII VVS. Note that the armament has been removed, and that the spinner sports a rather faded star emblem. 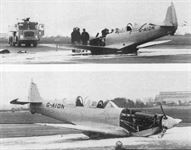