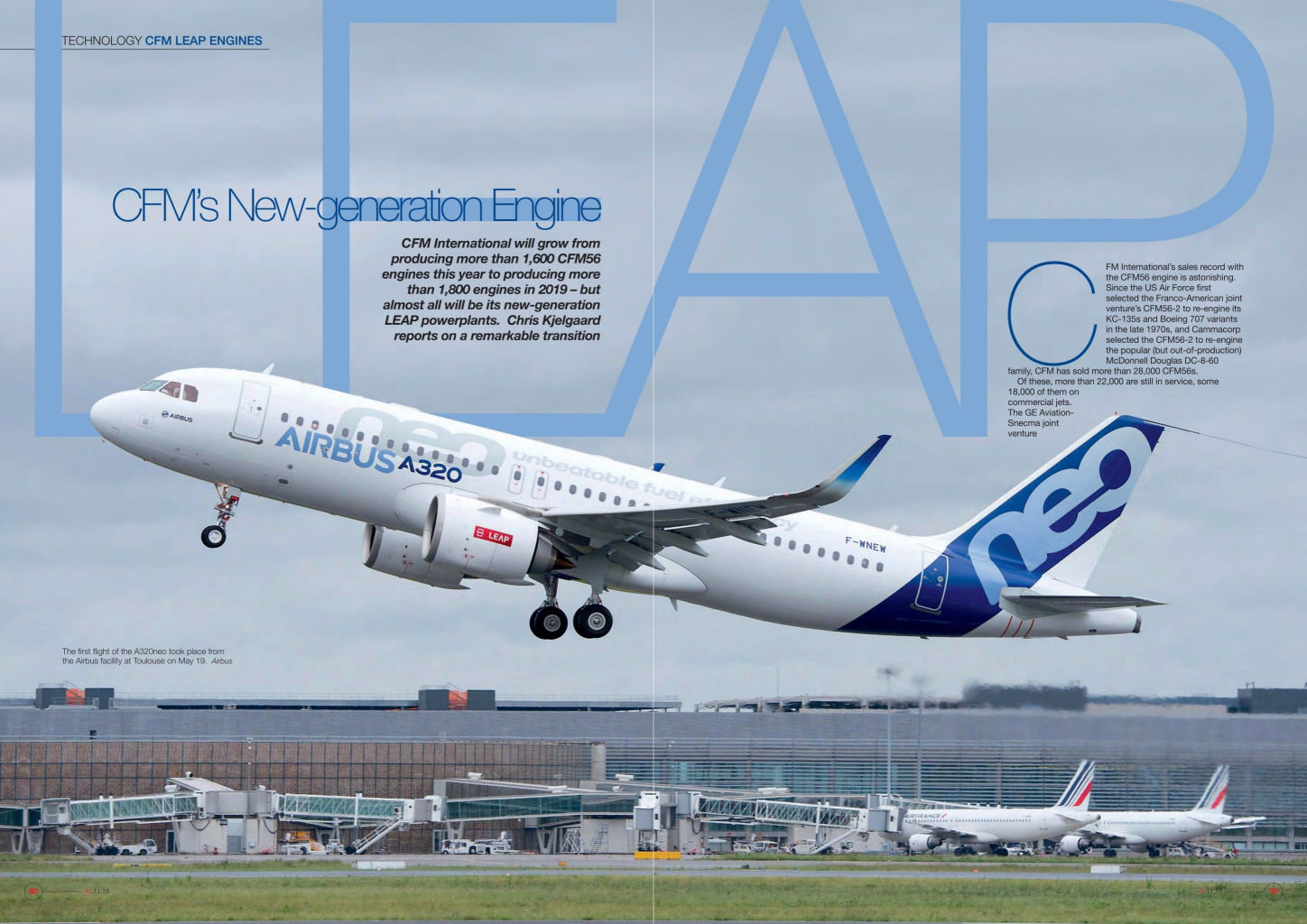 The first flight of the A320neo took place from the Airbus facility at Toulouse on May 19, 2015.

The Airbus A320neo began noise tests at Moron AB in Spain on April 9, 2015. The European company previously used the base, near Seville, to conduct the same trials for its A380 and A350 XWB during their respective flight test and certification campaigns.

One of the Pratt & Whitney PW1100G-JM-powered A320neos during flight testing. The initial example of the neo powered by this engine option was due for delivery to Lufthansa by the end of January 2016.
The baseline A320neo variant seats 165 two-class or up 194 maximum and has a range of 3,500 nautical miles.

Airbus predicts healthy future demand for airliners over the next 20 years, although in the long term the A380 is not one of the products on offer.
AIRBUS HAS confirmed its Skywise open data and digital services platform is now in use on more than 6,000 aircraft worldwide.

Airbus airliners in formation with the Patrouille de France off the southwestern French coast in late May 2019. 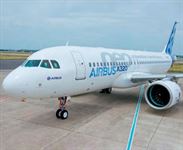 French government funding will be used to research a hybrid successor to the A320.

Airbus A320-271N(WL) F-WNEO was rolled out on July 1, 2014 after painting in corporate colours. It is the first of eight A320neo family airliners that will participate in the flight test and certification campaign.

Providing around 4% of the A320neo’s 15% fuel burn reduction on previous-generation A320s are the Sharklet wingtip devices, initially introduced as a retrofit for A320ceos.

Airbus A320neo 9H-NEO (msn 7875) is the first A320neo to enter service with Air Malta and has been painted into a special scheme featuring Nickelodeon cartoon characters. The jet was originally earmarked for Capital Airlines in China, but it did not take delivery and is now leased to the Maltese flag carrier.

Air Seychelles has welcomed its initial A320neo, S7-VEV (msn 8972), named 'Veuve' after a critically endangered bird, on lease from CDB Aviation. The airline is the first African carrier to operate the A320neo and the S7-VEV is the first new aircraft to enter service with the carrier since a Boeing 767-300 delivered 18 years ago.
Air Seychelles is one of several smaller Asia-Pacific carriers to join the Vanilla Alliance.

EasyJet, which recently took delivery of its first A320neo G-UZHA (msn 7649), is one of the early adopters of the Airbus Skywise system, using it for fleet-wide predictive maintenance.

Trials took place on the apron as well as in the terminal.

The UK low-cost carrier easyJet has topped-up its Airbus A320neo order by signing up for 17 more A320neos.

The CFM International LEAP-1A is one of two engine options on the A320neo variants, pictured here on easyJet's first A320neo delivered in 2017.

IndiGo and GoAir A320neo aircraft suffered aborted take-offs (two and one respectively) as a result of the PW1100G-JM geared-turbofan knife-edge seal issue.

A320neo launch operator Lufthansa has recently topped-up its order for the type.

SAS has applied a decal to Airbus A320neo SE-ROA (msn 7602) promoting 'The Rain', a Danish post-apocalyptic TV series on Netflix.

Chilean low-cost airline SKY presented its initial Airbus A320neo, CC-AZC (msn 8444), leased from the Air Lease Corporation, in October 2018. The jet is the first brand-new aircraft to be operated by the carrier and is operating services from Santiago to Arica and Punta Arenas.

Deliveries of A320neos are picking up. By October 2016, 24 had been delivered (up from 16 a month earlier), including the first for the Mexican carrier Viva Aerobus, pictured here (F-WWDY, msn 7060, to become XA-VIV). Another recent delivery was the first aircraft for a US carrier, Spirit Airlines' N901NK (msn 6833). 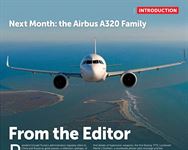 Airbus Corporate Jets unveiled the first ACJ320neo (new engine option) D-AWL (msn 8403) corporate jet on August 16, 2018. Painted in Airbus Corporate Jets' house colours, the aircraft will be delivered to the UK's Acropolis Aviation by the end of 2018. It will fly to AMAC Aerospace's facility in Basle, Switzerland, where it will be outfitted with a cabin designed by Alberto Pinto and repainted in Acropolis Aviation's colours before entering service. Powered by CFM International LEAP-1A engines, the first ACJ320neo is due to fly for the first time in September or October.

COMLUX HAS taken delivery of the first of three ACJ320neo aircraft it has on order at a ceremony in Hamburg on March 22, 2019.

Issues with the Pratt & Whitney PurePower PW1100G-JM have disrupted deliveries to several operators, including Spirit Airlines.

The Tianjin Final Assembly Line for the A320
THE AIRBUS single-aisle final assembly line at Tianjin, China, has recently marked its tenth anniversary.

AIRBUS HAS inaugurated a new link in its international transport infrastructure that carries major A320 Family subassemblies from Europe to the United States.

Robots on the new fourth production line in Hamburg, opened this year. Airbus wants to increase automation to speed up assembly and in turn increase delivery rates.

The first ACJ320neo large cabin corporate jet is now undergoing final assembly at Airbus’ facility in Hamburg. It is due to be delivered to launch customer Acropolis Aviation in the third quarter of 2018. 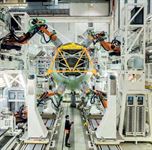 Airbus has introduced greater automation into producing A320 Family aircraft in Hamburg.

Initially installed at Patria's Helsinki-Malmi facility, the A320 fixed base simulator was transported to and reinstalled in the new building complex at Pirkkala. 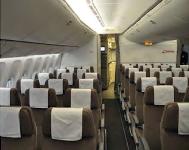 The interior of the first Airbus ACJ320neo recently delivered to Acropolis Aviation at Farnborough, Hampshire, following the type's outfitting by AMAC Aerospace.

IndiGo has purchased more Airbus A320neos than any other customer, with orders totalling 730 examples.

Chilean ultra-low-cost-carrier JetSmart started operations in July 2017; the carrier has been set up by low-cost specialists Indigo Partners, which also controls Volaris, Wizz Air and Frontier.

The Florida-based low-cost carrier Spirit Airlines has agreed a memorandum of understanding with Airbus for up to 100 A320neo Family aircraft comprising a mix of A319neo, A320neo and A321neo aircraft. Spirit Airlines said the additional aircraft will be used to support network expansion across the United States, Latin America and the Caribbean.

An artist's impression of an A320neo military derivative configured for maritime surveillance showing, under the fuselage, a radar radome and a multispectral sensor turret, and anti-ship missiles on the underwing pylons.
<<   0/0   >>