In typically unpredictable European summer weather, US Air Force A-10C Thunderbolt II 82-0647/VM’ from the 354th Expeditionary Fighter Squadron takes off from Lask Air Base, Poland, in a rainstorm on July 9, 2015. Aircraft from the 354th, normally resident at Davis Monthan Air Force Base, Arizona, have been operating from a number of bases in Europe over the last few months as part of a Theatre Security Package deployment under Operation Atlantic Resolve.

NATO Boeing E-3A Sentry LX-N90449 touches down at Davis-Monthan Air Force Base, Arizona, after its final flight on June 23, 2015. It will now be stripped for spares and then scrapped after a three-year period of storage. This was the first NATO E-3 to be retired and had performed its final operational mission from its base at Geilenkirchen, Germany, on May 13.

A Swedish Hkp 15B is prepared for lift-off from the Johan de Witt’s heli-deck. 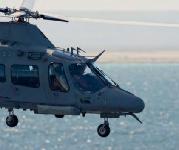 A Swedish Armed Forces Hkp15B assigned to ME04, equipped with emergency flotation gear off the Horn of Africa.

The Operation Atalanta flagship HNLMS Johan de Witt had a Swedish Hkp 15B and Combat Boat 90 assault craft on board.

The Hkp 15B ME40 detachment had the luxury of working in a hangar on the HNLMS Johan de Witt.

The NASA Boeing 747SP SOFIA received a water cannon salute on arrival at Christchurch at the start of its five-week stay in New Zealand for research flights.

The 48.51b (22kg) ScanEagle’s operational range and height are presently classified, but its endurance can extend up to 18 hours.

The ScanEagle is launched at 40kts and recovered by a unit called the sky hook, which marries with the GPS system located on top of the air vehicle.

Hainan Airlines is flying Chinese package holiday tourists into the UK on charter flights to Birmingham International from Beijing until August 28, 2015. The first was on July 3, operated by the 223-seat Boeing 767-34P/ER B-2490 (c/n 33047). Hainan's two weekly flights will arrive on Fridays and Mondays. 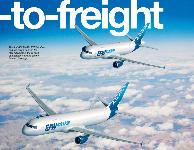 Vietnam Airlines’ first Boeing 787-9 was displayed during the Paris Air Show week, with the aircraft delivered to the carrier on July 6, 2015.

Sierra Pacific Airlines’ two Boeing 737-200s flew firefighters from various western US cities to Alaska in response to the wildfires that developed there early in July 2015. Here 737-200 N703S (c/n 22529) is pictured arriving at Boeing Field, Seattle, for a fuel stop.

NASA's MQ-9 Predator B, Ikhana, is testing a sense-and-avoid system with the agency's S-3B Viking and a Honeywell Beech 1900D.

KAI FA-50PH 15-001, the first of 12 for the Philippine Air Force, taxies in at Sacheon after its maiden flight.

Royal Air Force A400M Atlas C1 ZM403 prepares to land at RAF Brize Norton, Oxfordshire, on the evening of July 5, 2015 after its delivery flight from Spain. This was the third aircraft to enter service with the RAF and the first to arrive since clearance was given to resume deliveries following the fatal crash of the third Turkish A400M on its maiden flight on May 9.

The AW609 seen on display at RNAS Yeovilton on July 11, 2015 is the first civilian tiltrotor

The first RAAF C-27J, A34-001, touches down at RAAF Base Townsville, Queensland, June 24, 2015, following its delivery flight from the USA. It completed its journey to RAAF Base Richmond the following day.

Airbus A330-200 D-AXGA (msn 530) arriving at Hamburg on July 1, 2015 following repainting in Eurowings livery. The aircraft, owned by GECAS, was previously leased to EVA Airways. It is the first in a fleet of up to seven A330s that Eurowings will use for long-haul, low-cost services from Cologne/Bonn to Dubai, Bangkok and Phuket in Thailand, Varadero in Cuba and Punta Cana in the Dominican Republic, which are planned to start on October 25.

Uzbekistan Air Force C295W '01 White' during a pre-delivery test flight from Seville-San Pablo Airport, Spain, on June 25, 2015. No order from Uzbekistan has been announced, but the aircraft is believed to be one of four on order.

Solar Impulse HB-SIB approaches O'ahu Island in Hawaii towards the end of its near five-day flight across the Pacific from Japan.

CS100 C-GWXZ (s/n 50001) conducted a low fly-past down Zurich’s runway 16 on arrival from the Paris Air Show, and received a water cannon salute from the airport fire service on taxiing in.

The two-day visit of the CS100 to Zurich gave Swiss staff an opportunity for a closer look at a type they will be the first to operate.

The first H160 airborne near Marignane during one of its early test flights.
Airbus Helicopters launched the H160's flight test campaign with prototype aircraft PT1 in June 2015.

A H160 mock-up was displayed at the Paris Air Show. 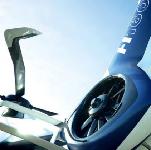 The Fenestron shrouded tail-rotor in the H160 is the largest of its type fitted to a helicopter.

Low-speed handling and hovering was the focus of the maiden flight. 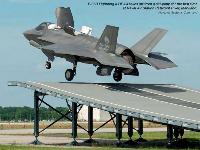 F-35B Lightning II BF-04 takes off from a ski-jump for the first time at Naval Air Station Patuxent River, Maryland.

The C-Wolf is being designed for aerial utility work, including transport, surveillance and anti-poaching.

The Beluga XL, based on the A330, is the next generation of Airbus' in-house transporter. 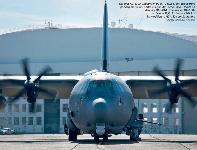