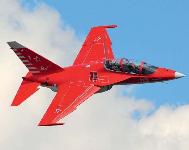 Irkut’s Yak-130 side number 02 received a red and white paint scheme especially for MAKS 2013. The colour scheme’s design is similar to the one applied to light aircraft built by Yakovlev before World War Two. Irkut demonstrated the Yak-130 to the deputy commander of the Ukrainian Air Force, Major General Igor Cherepen’ko who made a familiarisation flight in the jet at Zhukovsky.
Deliveries of the United Aircraft Corporation’s Yakovlev Yak-130 to the Russian Air Force continue and contracts for additional batches are expected to be signed during 2014.

An A-10C Thunderbolt II conducts close-air support training on the Barry Goldwater range near Davis-Monthan Air Force Base, Arizona. The A-10C, this aircraft is assigned to the 188th Fighter Wing, Arkansas Air National Guard based at Ebbing Air National Guard Base, is one of the types that could face the 'vertical cut' amid budget constraints.

Conversion of US Coast Guard MH-65Cs to MH-65Ds will continue as the service develops the next version, the MH-65E.

Emirates' November 17, 2013 order for 50 additional A380s was a massive boost for the super jumbo’s order book.

Alenia Aermacchi has offered the M-346 Master to Poland for its advanced trainer requirement.

Korea Aerospace Industries will complete delivery of 12 T-50I Golden Eagles to Indonesia and produce TA-50s for the Republic of Korea Air Force during 2014.

The Xian MA60, a Chinese version of the Soviet-era Antonov An-24 Coke twin turboprop, has attracted international attention because of issues with its safety and certification.

The Beechcraft T-6C forms the basis of a proposal put forward by BAE Systems Australia, CAE and Beechcraft for the Royal Australian Air Force's Project AIR 5428.

A prototype Fabrica Argentina de Aviones Pampa III is due to fly by early 2014.

Northrop Grumman has teamed with BAE Systems and Rolls-Royce to offer a version of the Hawk Advanced Jet Training System for the US Air Force T-X programme.

India is negotiating a contract with French manufacturer Dassault for the purchase of 126 Rafale fighters to fulfil its Medium Multi-Role Combat Aircraft requirement.

A TAI Anka unmanned air vehicle in flight. Five prototypes have been built so far. 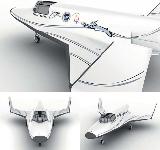 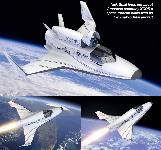