A surprise visitor to RAF Fairford on March 10 1999 was B-2A 82-1067, which arrived unannounced but drew considerable press interest. 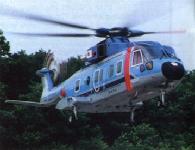 The first EH 101 for commercial use was handed-over to the Tokyo Metropolitan Police at Kawasaki’s Gifu factory on March 25, 1999. The EH101, fitted with a rear ramp, replaces a KV-107 and will be used to patrol the Tokyo area.

The healthy young lady on the fin of this Royal Netherlands Air Force F-16A (J-248) is Diana, goddess of the hunt and the unit emblem of No 323 Sqn, which celebrated 50 years of service on March 5, 1999. The unit is the Tactical Training Evaluation and Standardisation Sqn of the RNethAF.

The Fairey IIID in the Lisbon Maritime Museum

Ironically, just before the Kosovo crisis exploded into action, the first privately-owned Soko G.2A Galeb arrived in the UK from Yugoslavia. Acquired by Biggin Hill-based Flight Consultative Services, the former trainer and ground-attack aircraft is on the Yugoslav civil register as YU-YAB and was ex-Air Force 23170, built in 1968. The first of seven destined for the UK, the fate of the other six currently hangs in the balance. Powered by a Rolls-Royce Viper engine, the Galeb is for sale and, with its ability to operate from grass airfields, it makes an ideal warbird. Plans are in hand to show it at a number of displays this summer, beginning with North Weald on May 16, 1999.

Nasa’s X-34 re-usable launch vehicle has been experimentally mated into the fuselage bay of the modified Lockheed TriStar ‘Stargazer’, originally modified by Marshall Aerospace of Cambridge in 1994 to carry and launch Pegasus satellite launch rockets. The X-34 weighs some 25 tons and will be the heaviest object ever dropped from an aircraft in flight. The photo was taken at Nasa’s Dryden facility in California 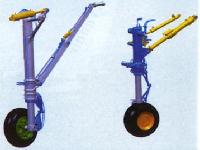 The deployment of B-52Hs to RAF Fairford began prior to Nato’s campaign against Serbia, but the force commenced operations from late March 1999. Included in the cruise missile attacks was the aircraft of the 96th BS’ CO, 60-0059/LA, seen here.

JEA markings on the Bombardier CRJ

A Boeing 727-200, F-GCGQ, of the French charter company Belair, seen at Dublin bringing French supporters for a rugby match.

Thirty-five years since it ended up as a pile of wreckage at Farnborough, Bulldog K2227 is once again recognisable as an example of an almost extinct breed.

The MegaMax 500 Aero scissor-lift platform in operation on a Flygvapnet Saab S.100B Argus (SF.340AEW&C) of F16, based at Uppsala.

Both the F27s (shown) and the Shorts 360s will be replaced by the newly-ordered Bombardier Dash 8s and CRJs.

Bombardier’s turboprop Dash 8 is still acquring orders, in spite of the increasing popularity of jet-powered regional aircraft. A total of 581 had been sold by March 1999, including 75 Series 200s, the type shown here.

Seen recently at Cayo Largo is the first ATR42-300 (CU-T1451) for Aerogaviota, the Cuban airline which is introducing the type to replace its fleet of 19 An-26s.

The Belgian airline VLM has commenced a branding change from the previous yellow and black scheme to a combination of white, blue and gold. The first aircraft in the new livery (OO-VLR) entered service on the London City - Antwerp route on March 8, 1999, with the last of seven Fokker 50s due for the change by June 30.

JEA calls its BAe 146s, Whisper Jets, and the type will be operated on the Channel Islands route from June 1999.

Ever supportive of British aviation, Freddie Laker ordered VC10s for BUA in 1961. This is G-ATDJ at Gatwick on a wet day in 1969.

The exhibit viewable at CFB Borden, the Sabre 5 23228, adopted by the local air cadets and maintained by them.

Lufthansa’s Vickers Viscount, D-ANUN is the aircraft selected for Corgi’s latest 1:144th scale die-cast model. Delivered to the German airline in October 1958, the Series 814 moved to the UK register as G-BAPF in early 1972, when it was bought by British Midland. It later flew with Baltic Airlines until withdrawn from use in 1991, ending its days at Moreton-in-the-Marsh for fire training. The model should have enormous appeal depicting, as it does, one of the foremost airliners of the post-war years. It is also appearing in Parcel Force and BEA colours.

Its thrust reversers deployed, the first of Monarch’s two new A330s, G-SMAN, makes its only landing at Prestwick during crew training on April 7, 1999.

For those travelling the south coast this summer, Shoreham is worth a visit as it now has a small aviation museum in the well-preserved pre-war terminal. Outside is this memorial plaque, surmounted by a B-26 Marauder propeller recovered from the Channel.

Aurigny Air Services has applied to operate a Guemsey-Stansted service which, if successful, will involve using two Saab 340s, the first of which is rumoured to be G-RUNG. To promote their application, Aurigny have added this slogan to Trislander G-JOEY.

The two photographs of the same IDF/AF F-4E Phantom

Both the F27s and the Shorts 360s (shown) will be replaced by the newly-ordered Bombardier Dash 8s and CRJs.

On April 1, 1999, TEA became EasyJet Switzerland and, in recognition of this, Boeing 737-300 HB-IIH carried farewell markings

Basler turbo-conversions of DC-3s continue to appear, this example, for the Thai Air Force, being rolled-out on March 15, 1999, at the Oshkosh factory. The aircraft will be used for cloud seeding duties.